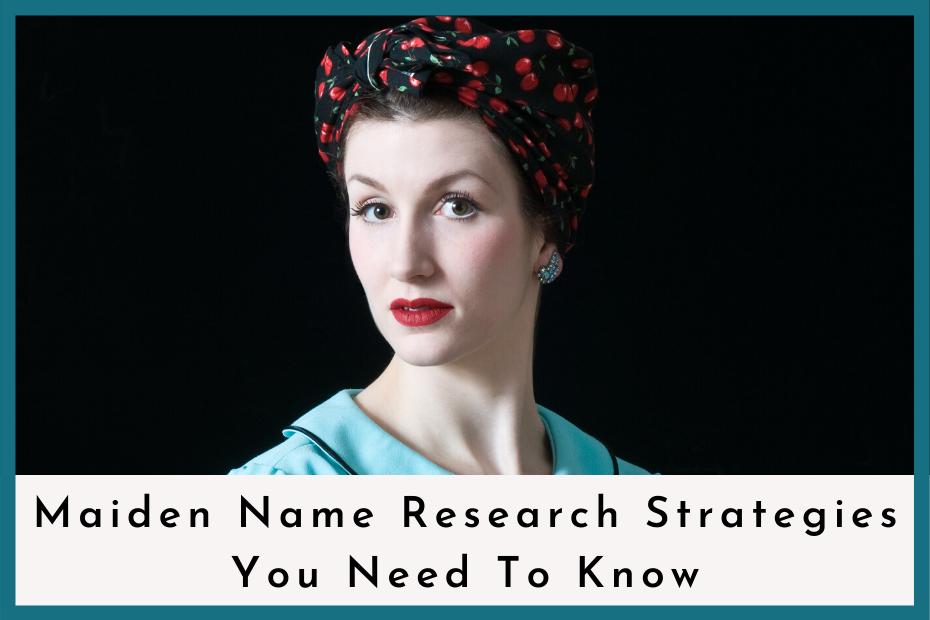 Having a tool kit of maiden name research strategies is essential to tracing your family history. Tracking down female ancestors presents unique challenges. Primarily, because traditionally women change their surname when they get married. Many of us have trees littered with women, known only by their first name. But, it’s time to tackle that challenge head-on!

So, without further ado, here’s my maiden name discovery strategies.

So, you’ve found your ancestors’ baptism record. Or discovered them on a census, living with their parents. You now have a father’s name and surname. But only the mother’s first name. Herein lies the challenge. How do you uncover the female’s maiden name? And subsequently, her childhood details and parentage?

The first maiden name research strategy is the simplest. Look for the most obvious records. Preferably, for a marriage record (between said mother and father). Most sites allow you to search for a marriage (parish record or registration) using only the groom’s name. Once an entry is found, you can click on it to view possible brides. This is normally quite simple to do, especially if your groom has an unusual surname. It’s far less easy when you have a popular surname – like Davies, Smith or Brown.

So what do you do with popular surnames? Well, if you are lucky and the bride had an unusual first name then you could add her details to your search. But let’s face it, we’re not always lucky enough to have a bride with a rare first name.

We can try to narrow down our search results though. Filtering by location. Most marriages took place in the parish in which the bride or groom lived.

Or we can start to use other tricks. For example, after September 1837, we can look for the birth record of children born to our bride and groom. Mother’s maiden names were recorded on the birth certificates of their children. The maiden name can be viewed within the birth registration indexes held at the GRO website.

If you have an ancestor with a common name then search for ALL their children. For example, John and Mary Jones had 5 children; Frederick, James, William, Sarah and Elizabeth. All common names. Look for all 5 siblings. You’ll know you most likely have the right set when they all have the same mother’s maiden name. And are born in about the right year and place. Cross-reference with other data, such as census records. Once you’ve found the birth’s and uncovered the maiden name you can re-search for a marriage record.

What do you do if your ancestors were born before 1837? Or you try the above and have no joy? Well, then you have to widen the net and take in other clues.

1. Read All About It

If you know when your ancestor’s children were born than try searching newspapers. You might find a birth announcement that contains more details about the mother. Search just before the birth of the eldest child too. You could find an article detailing the wedding of the child’s parents, one which contains the bride’s maiden name. If you have no luck, widen your search. It’s possible the parents married after the birth of their eldest child. Or after the birth of all their children!

For help searching the newspapers, see my blog post Newspapers for Genealogy: 8 Mistakes To Avoid

Looking at your ancestor’s FAN (Friends, Associates and Neighbours) is one of the most crucial maiden name research strategies you can employ. Re-examine any census data you have. Investigate any lodgers, boarders, servants, guests. Any of these people could be a friend or relative of your female ancestor. Tracing these friends/relatives might lead to further clues. The more clues you have the more likely you are to discover your female ancestor’s maiden name.

Investigate all your female ancestor’s children. Who did they marry, who were the witnesses? Are they relatives? Does the parentage of their spouses reveal any potential family links? In-laws are part of your ancestor’s FAN club.

Where did the children of your ancestor move to? Did any of the women work in a particular trade? Is it possible they learnt this trade from their mother? Are there any records you could check? Did they ever enter the workhouse? Are there any settlement records? One of my ancestor’s workhouse records reveals the address she was born at, how long her parents lived in each of their address and all her siblings names.

Check for naming patterns. It was common for our ancestors to name their children after their parents, uncles and aunts. Do the same names crop up again and again? Could these be a clue to your female ancestors’ parent’s names? Check out this article on traditional naming patterns at Genealogy.com.

Of course, unusual or surname based middle names are always a clue!

It’s easy to overlook the men in our trees. Yet examining our ancestor’s husbands can prove to be one of the best maiden name research strategies. Look at your ancestor’s husband and re-run the above steps. Does his side of the family reveal any clues? It wasn’t unusual for our ancestors to marry neighbours or childhood friends.

Even a husband’s occupation records have the potential to reveal a wife’s maiden name. Especially military records, check everything you can – from enlistment papers to medal cards.

Check out your female ancestors grave. Who’s buried nearby? Could they be related?

Talking of death. Don’t forget that wills can sometimes reveal a maiden name. Especially if your male ancestor had children with more than one woman. Remember, always check your ancestor’s FAN club too.

In some cases, you may have found a potential maiden name. Yet you cannot find your female ancestor with her parents. Consider the possibility that the ‘previous’ name is actually not a maiden name. Was your ancestor married before she met your male ancestor? Could that ‘maiden’ name actually be a former married name? Any chance she’s committing bigamy? It’s not as uncommon as you might think.

Or is it possible that there’s no marriage record? Not all our ‘married’ ancestors were actually married. And not all little girls grew up to be wives. If you are trying to research a non-direct female ancestor, consider the possibility they never married. Check out traditionally female career paths instead – like nursing or teaching.

If all else fails, consider doing a DNA test. It’s not a quick win, especially for tracking earlier ancestors. But it is worth pursuing. I discovered the parentage of my 3x Great-Grandmother via a DNA match with a descendant of her brother. Surname Williams. DNA matches helped me to narrow down the billions of Williams in Wales.

Grab your free infographic here to ensure you never forget any of these research strategies. 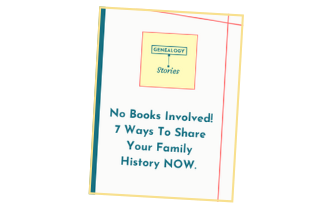 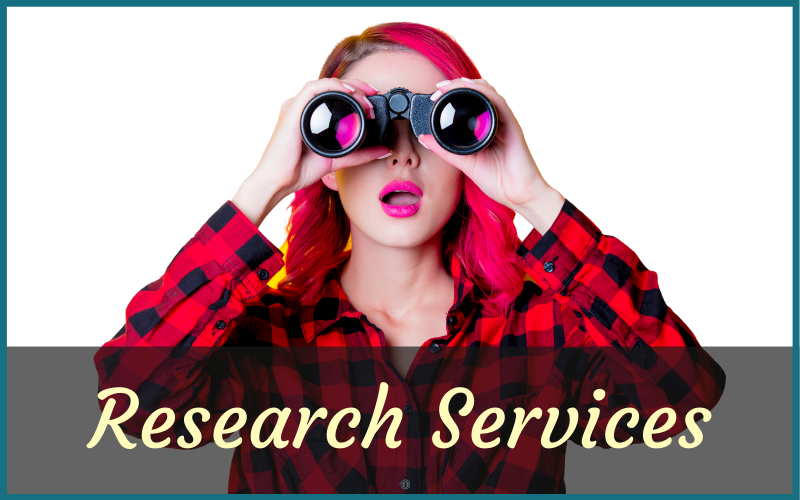 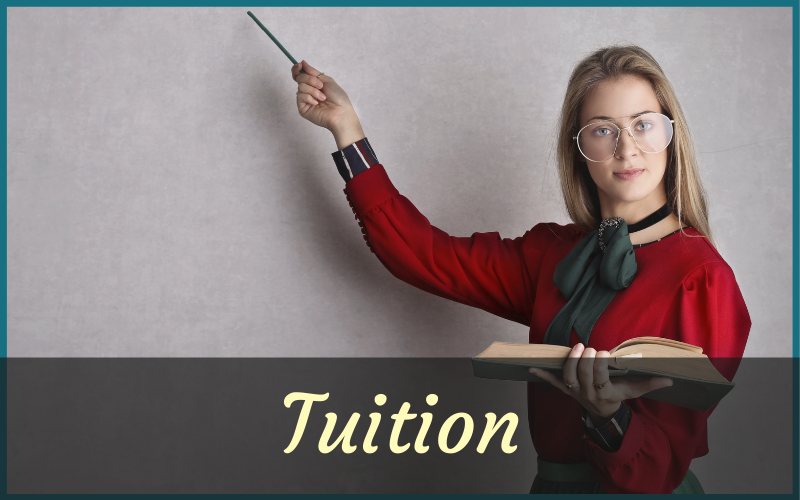 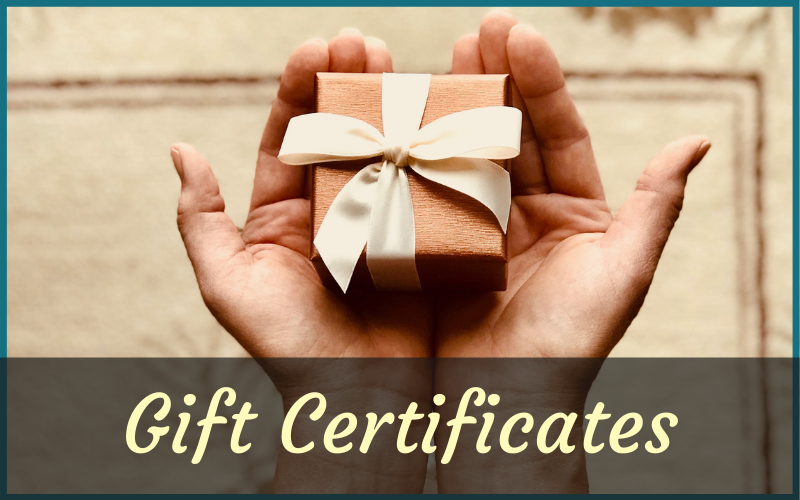 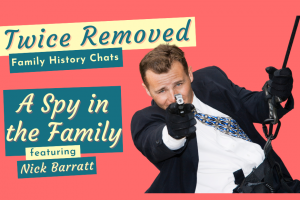 A Spy in The Tree featuring Nick Barratt 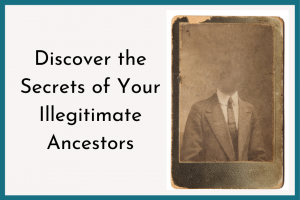 How To Discover The Secrets of Your Illegitimate Ancestors

Discovering an illegitimate ancestor in your family tree is exciting. It presents a mystery to be solved. A case to be cracked. What were the circumstances of their birth? Who were their parents? But, they also pose some difficulties. How can we track down unnamed fathers? Will we ever know their secrets? 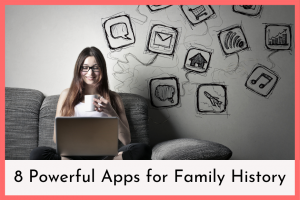 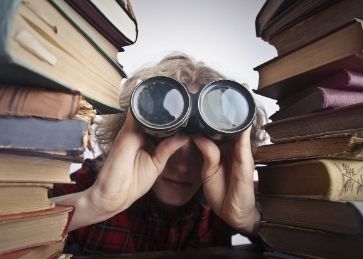 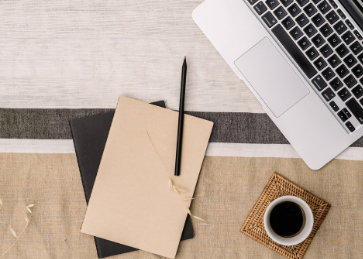 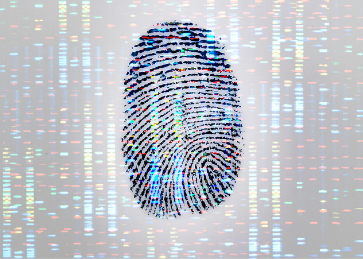